Your Road to Personal Addiction Recovery

Ep. 169 Only The Strong Survive

The journey of corporate professional and former CEO Roger Smith is an impactful tale of survival. As a youth, the tough-as-nails and inspiring young man overcame a life of homelessness and severe substance abuse to triumph in becoming one of the country's leading lights in the business world.

His story is now shared in the critically acclaimed new book, THE MOST UNLIKELY LEADER, which powerfully and eloquently recounts his life story for the first time.

Roger Smith says of the book, "With an estimated 30 million Americans suffering from some sort of an addiction on the heels of the pandemic, I hope my story of redemption is something people can use right now to know their own comeback is possible".

,p> Roger Smith is the past CEO of American Income Life Insurance Co., National Income Life Insurance Co., and Liberty National Life Insurance Co. He is also the recipient of the Yitzhak Rabin Legacy Award, Eleanor Roosevelt Human Rights Award, Healthcare For All Champion Award, Sol Stein Award, as well as numerous other awards and publications. He is the father of 5 adult children (Nicole, Conrad, Emily, Adam, and Amiah) and proud grandfather of Maggie Mae. He resides in Florida with his wife Demi and his two dogs, Penelope and Chrome. 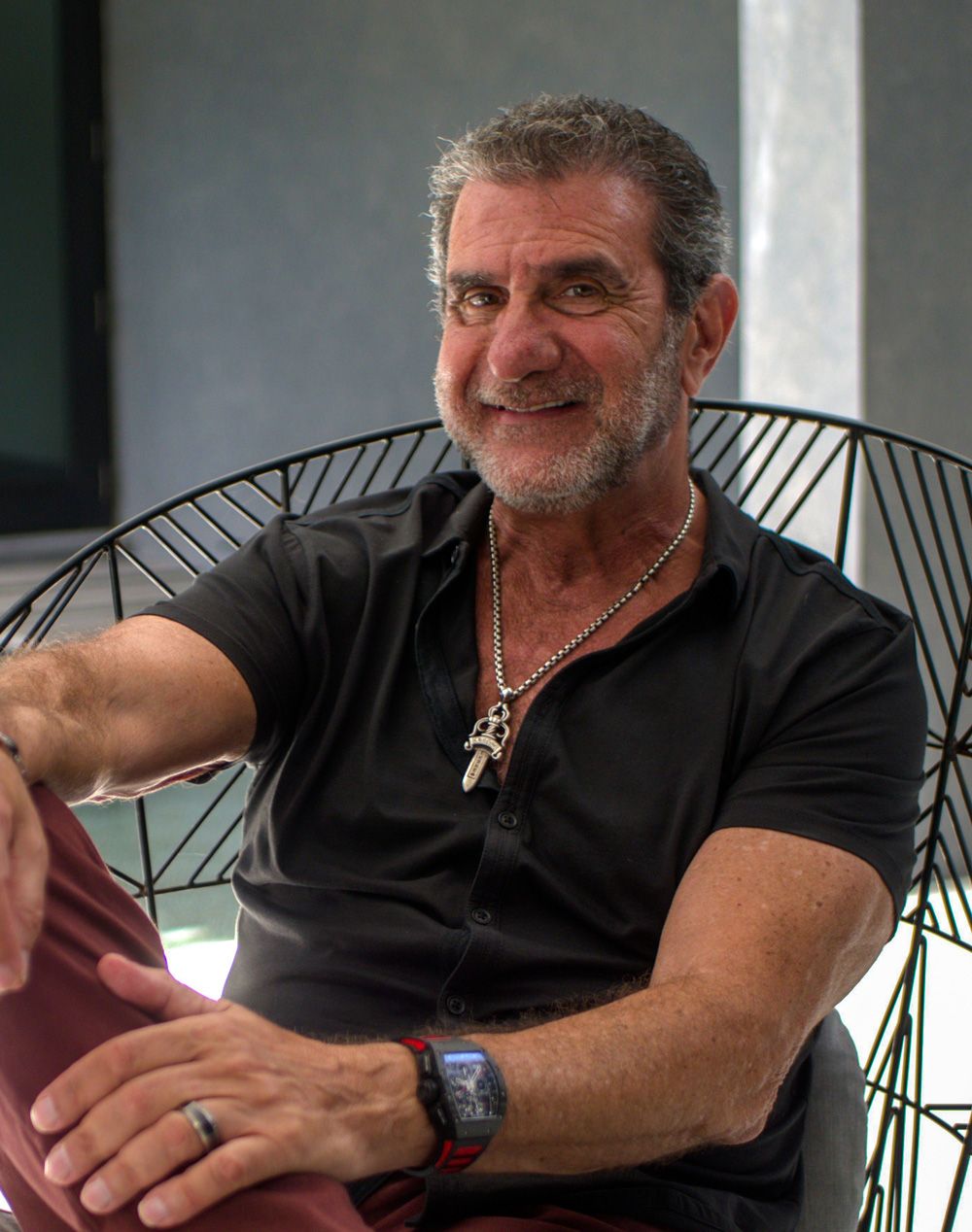 Ep. 169 Only The Strong Survive

Ep. 168 Confessions of a Cannabis Addict

Ep. 165 Drink your way sober with The Sinclair Method (TSM) -part One. Recorded at Deerhaven Gardens, 5/26/22 in Asheville, NC.

Ep. 164 How to transform your life from fear to love

Ep. 162 Are you struggling with your recovery but still a spiritual skeptic?

Ep. 161 How does a smart, successful, seemingly healthy person find herself struggling for her life due to alcohol abuse?

Ep. 159 From Chains to Saved: One Man's Journey through the Spiritual Realm of Recovery

Ep. 156 Drink yourself sober: An urban myth is now a reality with The Sinclair Method (TSM)

Ep. 153 The Addicted Child: A Parent's Guide to Substance Abuse

Ep. 150 What is Sondermind? Understanding the underlying causes of addiction and how did Andre Aggasi's tennis pursuits lead to his addiction.

Ep. 143 How to be a realistic and effective parent

Ep. 139 Dr Nelson and Robin have a candid conversation

Ep. 138 Can repeating a simple Sanskrit mantra or singing a Kirtan Chant really resolve anxiety, addictions, and the false sense of being isolated?

Ep. 137 Insights from an Addiction specialist

Ep. 136 Recovery from an executives perspective

Ep. 135 What is Cryotherapy and how it can improve your long term recovery and overall health

Ep. 132 The ones we love never really leave us

Ep. 131 The rollercoaster ride from addiction to recovery

Ep. 130 One More Light. Chester Bennington spoke directly to me, fortunately, I listened

Ep. 129 Healing the heart of addiction

Ep. 127 The importance of backbone in recovery

Ep. 123 The uncertainty and fear of the Coronavirus

Ep. 121 Addiction is an obsession of the mind and an allergy of the body

Ep. 119 Why is it so hard to change our behavior and/or recover from addictions?

Ep. 117 Dr. Mark Pirner of US World Meds joins us to talk about Lucemyra

Ep. 116 Ownership is essential for a healthy life

Ep. 115 How and why to apply yoga therapy for the management/healing of PTSD and trauma related issues

Ep. 112 The Addiction Nobody Will Talk About: How I Let My Pornography Addiction Hurt People and Destroy Relationships

Ep. 108 Food can be a recovering addict's Best Medicine or their new Drug of Choice

Ep. 105 Craigslist and other online illicit drug markets are criminally negligent and indirectly responsible for many heroin overdose deaths.

Ep. 104 Can you be addicted to adrenaline?

Ep. 103 Magic mushrooms or entheogenic psychedelics may be the missing piece of your failed recovery program. Too bad they're illegal.

Ep. 99 Kratom: A natural treatment for opiate use disorder.

Ep. 98 A Picture is Worth a Thousand Words

Ep. 97 The addiction to being right

Ep. 96 Is social media perpetuating and making or culture addicted to violence?

Ep. 94 Why we are the "Addiction Nation"

Ep. 92 How to be Miller Strong

Ep. 91 Lucemyra for opiate withdrawals and why everybody should have a TDP lamp.

Ep. 88 My recovery is all about controlling the addict living inside of me

Ep. 85 Connection: the key to recovery.

Ep. 82 Why did Dorothy fall asleep and other classical literary drug references

Ep. 78 The haters are making me famous

Ep. 76 What is Third Eye Integration and how it may be the key element missing from your recovery

Ep. 73 Why is addiction recovery so difficult?

Ep. 72 The New Year offers an opportunity for change

Ep. 71 Lesson's from our children

Ep. 70 Answers to Frequently Asked Questions when dealing with your adult children's addiction.

Ep. 69 Is addiction recovery a rite of passage?

Ep. 68 Dr. Nelson and Robin discuss the book, "The Four Seasons of Recovery, for Parents of Alcoholics and Addicts". by Mike Speakman, L.I.S.A.C.

Ep. 67 Finding gratitude even in the toughest of times

Ep. 64 It's not just stopping the drug/alcohol abuse

Ep. 63 Prevention is the Best Cure

Ep. 61 What is mindfulness and why is it important in recovery?

Ep. 55 Methadone: a new perspective on the pro's and con's

Ep. 53 8 ways to help your addicted loved one

Ep. 51 What is drug harm reduction?

Ep. 48 All diseases and conditions will respond to nutritional therapies

Ep. 47 “The story of the Emperor Moth.” How helping an addict sometimes hurts

Ep. 45 History and politics of opium and heroin

Ep. 44 Another successful recovery from alcoholism using The Sinclair Method.

Ep. 41 Attitude is everything.

Ep. 39 “My Fair Junky... a memoir of getting dirty and staying clean.”

Ep. 37 How to restore your health after becoming sober

Ep. 35 An Invitation to recovery

Ep. 32 The Cure for Alcoholism in One Little Pill

Ep. 30 Making a Difference one dollar at a time

Ep. 24 Harm reduction for people with heroin and opiate addiction

Ep. 22 How to recover from Affluenza

Ep. 20 Journey of a mother and counselor dealing with daughter's addiction

Ep. 19 Wisdom and healing from the islands

Ep. 14 Changing the conversation about addiction

Ep. 13 90% success in addiction recovery- This is the REAL DEAL

Ep. 9 A successful addiction recovery - Light at the end of the tunnel

Ep. 6 A Sister's Love can heal

Ep. 5 40 years of experience and wisdom with Jeff Gazley

Ep. 3 Earth To Moon with guest Jack B Moon

Ep. 2 How to Break the Circle of Addiction to Opiates