Six-time world boxing champion Michael Carbajal absorbed thousands of punches during his career, but the most devastating punch he received was outside the ring. It was a sucker punch from the person he trusted the most, his brother, Danny. On this episode of Podcast Chit Chat Michael explains how his older brother not only betrayed the boxing icon but stole millions of dollars, championship rings, trophies and an Olympic medal from him. 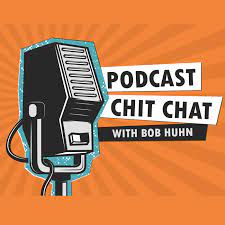 Ep. 13 Author Erica McBeth discusses depression, suicide and why she set a goal to meet one new person every week for a year. The project is chronicled in her book, “52 New Friends”.

Ep. 12 This hour-plus episode of PodcastChitChat with the creative, very talented and exceedingly funny Comic/Hypnotist Flip Orley is hysterical and filled with laugh out-loud moments.

Ep. 11 One of the best bands no one has heard of - The Compulsions. Meet frontman Rob Carlyle

Ep. 10 Former Phoenix Cardinal Luis Sharpe and his daughter Rebecca discuss the former All-Pro's drug addiction, his battle to stay clean and Rebecca talks about the affect it had on the family.

Ep. 5 Talking about the Oscars with Gayle Bass

Ep. 3 Dan Miller was a former sports writer. Now he is a giant in the adult film industry (This episode contains explicit content)

Ep. 2 Danny Zelisko gives "All Excess" to us through his career as a Concert Promoter

Ep. 1 Will Humble talks Covid and discusses what Arizona Governor Doug Ducey and President Trump did and didn't do right