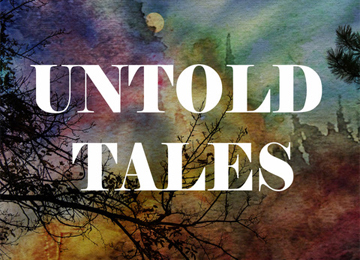 The first in a set of three published science fiction anthologies by Dr. J. A. Robinson, technologist and author, Untold Tales is a collection of short stories of the highest caliber, perfect for your commute or unexpected down times. Each episode of Untold Tales is an independent short story drenched in the luscious promises of danger, technology, love, horror, hope, intelligence, discoveries, and/or inexplicable mysteries.
Dr. Jeffrey A Robinson is a retired technologist and co-creator/main writer of The Untold Tales Podcast.  He has a B.A. in Physics, a B.S. in Electrical Engineering, an MBA, and a Ph.D. in Information Systems. He also has postgraduate certificates in Computer Forensics, and a PMP, and is a certified Six Sigma Master Black Belt, as well. After serving as a Naval Flight Officer, who flew F-4 Phantom jets, and an Air Traffic Controller, in the Marine Corps, he became a device physicist in a semiconductor-manufacturing facility and an expert in Manufacturing Execution Systems, computer automation, integration & cybersecurity. From short order cook to business manager of the school paper, road crew on county facilities department to published cartoonist, Jeff’s wealth of experience adds great depth to his stories. He also has a collection of more than 15,000 SF books. He has a loving and patient wife, who has suffered his eccentricities for far, too many years, two sons, two daughters, five grandchildren, and too many pets.
Melissa Del Toro Schaffner is an American Voice Actor and co-creator/producer/narrator of The Untold Tales Podcast. She hold a B.S. in Electrical Engineering, and MBA, and a Master’s Certificate in Project Management. A hallmark of her childhood was bonding with her father in all things science and Science Fiction. In addition to being in the Mom after 40 club, she wears multiple hats including international best selling author, accomplished Accountability Coach, and creator/ illustrator of the Minority Girl empowerment Coloring Book “Careers for Little Sisters” (available in English and Spanish).
Melissa was also a contestant on the nationally televised game show “Who Wants to Be A Millionaire”. She has a supportive husband and a very young daughter. Her current mission to inspire one million women and children to live the life of their dreams.

Ep. 76 Dinner with The Doge

Ep. 68 Clash of the Redheads or Methodology and Firmly Fixed Jargon

Ep. 60 As Long As You Both Shall Live

Ep. 56 Through Other Eyes

Ep. 49 Things That Go Bump In The Night:

Ep. 47 To Protect and Serve

Ep. 42 The Voice in the Wilderness:

Ep. 33 The Buddhas of the Past

Ep. 32 Conversations With an Uncle on The Occasion of His Passing

Ep. 28 A Failure To Communicate

Ep. 23 An interview with the narrator of the Untold Tales stories, Melissa Del Toro Schaffner

Ep. 19 Engines of Time Part One

Ep. 18 Those Who Watch Part Two

Ep. 17 Those Who Watch Part One

Ep. 15 The Waystation Part One

Ep. 10 An interview with the creator, writer and author of the Untold Tales stories, Dr. Jeff Robinson

Ep. 9 The Prize Beyond the Gate 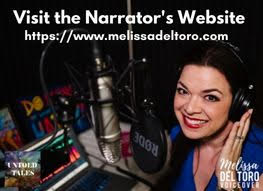 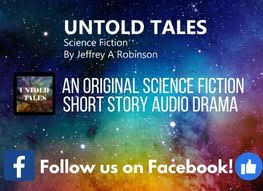 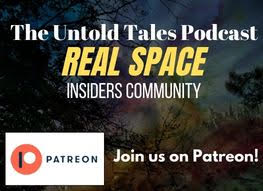